According to World Bank estimates, over 2 billion tons of solid waste are produced annually, averaging out to 2 lbs per person, per day. Of that quantity, approximately half is construction and demolition (C&D) waste.

C&D waste — the debris and pollutants that are created during the erection or the demolition of buildings, roads, and bridges — can be in most cases be processed, reused or stockpiled. Unfortunately, these by-products often end up in landfills, for lack of planning and public awareness of the environmental externalities they cause.

While a growing number of homeowners and construction professionals are taking steps to limit the eco-footprint of their residential projects, C&D waste remains a lesser-known environmental issue. In this article, we provide an overview of construction waste management best practices. 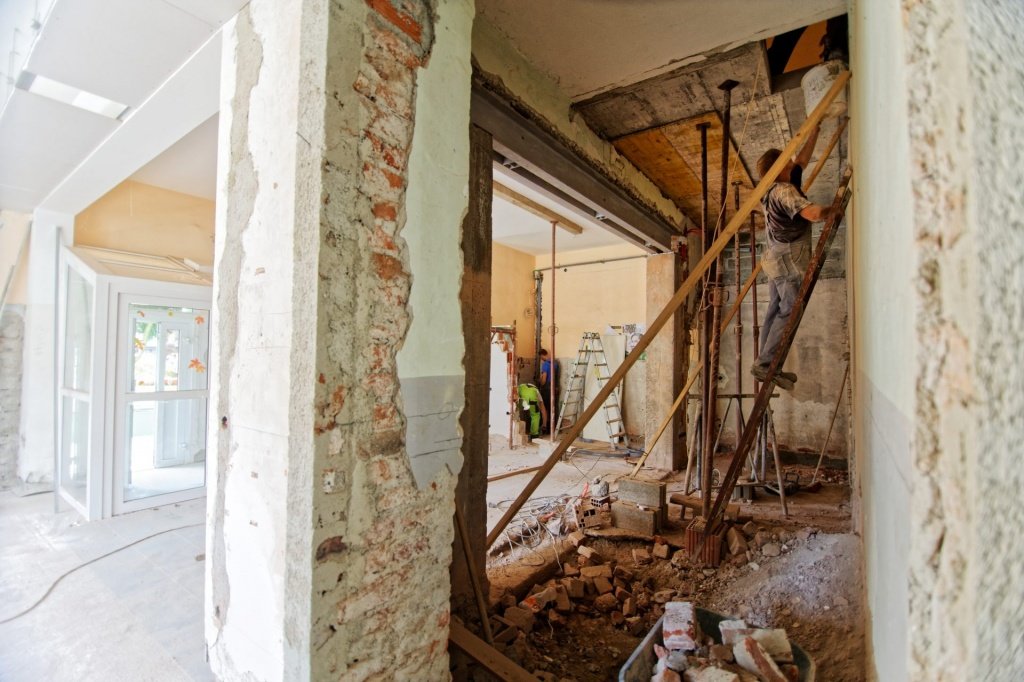 China is the number one global producer of construction waste, generating approximately 2 billion tons per year. This averages out to 4 kg of waste per day, per Chinese person, a significant amount of which is concrete.

In Shenzhen, construction waste has taken epic proportions. What was once a humble town of around 30,000 inhabitants only half a century ago is now a sprawling megacity housing more than 11 million individuals.

As such, the local government has struggled to manage and process the sheer amount of construction waste generated over such a short period of time. Although several official landfills have been created and equipped to handle concrete, much of the waste ends up in unlicensed sites instead.

In fact, almost 84 percent of it is dumped illegally.

Globally, approximately 10 billion tons of concrete are produced every year. Given that the expected life span of a concrete structure is of approximately 30 years, cities demolish several buildings every year just to erect new ones in their stead.

The process of manufacturing cement produces significant amounts of CO2 and other air pollutants. In fact, cement production is the third largest producer of carbon dioxide after vehicles and energy production facilities. Despite this, most companies use new concrete instead of recycling debris.

“If construction rubbish isn’t collected it has serious ramifications for the public’s health,” says Levi Torres, coordinator at the Brazilian Association for the Recycling of Construction Waste (Abrecon). “Many have been taken to a hospital because of diseases such as dengue and leptospirosis caused by untreated, dumped rubble.”

In North America, local and national governments have drafted policies and rating systems to tackle these issues head-on. LEED (Leadership in Energy and Environmental Design) — the most widely used green building rating system in the world — provides a framework to create energy-efficient and cost-saving green buildings while incentivizing companies to properly manage their construction waste.

Increasingly, construction businesses are encouraged to pursue environmentally sustainable development, which follows the 3 R’s when it comes to handling materials: Reduce, Reuse, and Recycle. In the United States, the Resource Conservation and Recovery Act (RCRA) defines the management requirements for hazardous and non-hazardous waste.

In Canada, the Canadian Environmental Protection Act (CEPA) acts as the main legislative framework responsible for protecting the environment. A key aspect of CEPA is the prevention and management of risks posed by construction waste and other harmful substances.

For instance, air conditioning units – which represent an average 2% of household energy costs and are also known to release chemicals that contribute to the depletion of the ozone layer – are described in a thoroughly detailed CEPA Code of Practice, as are several other common construction waste materials. 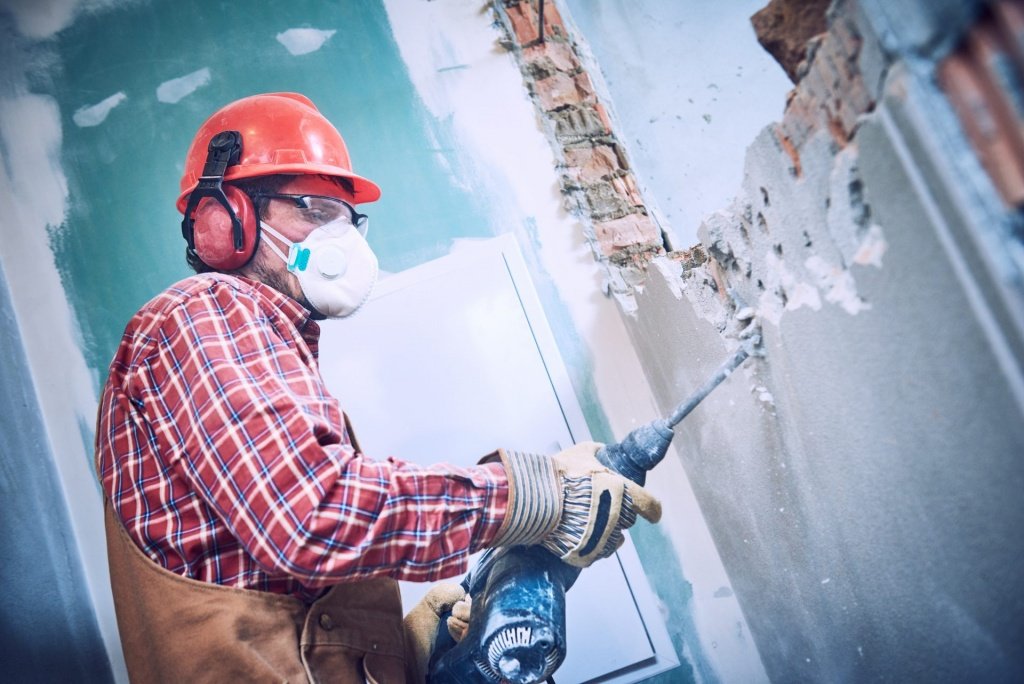 Given that there is no standard, international definition of what constitutes proper construction waste management, countries follow different approaches to waste disposal. Furthermore, there are many ways to classify construction waste. One common approach is to categorize the debris according to its origin:

Excavation sites produce this type of waste, which can be further broken down into soil, vegetable soil, gravel, clay, and rock.

Produced by the construction or demolition of residential, commercial or public buildings, this waste is usually made up of normal concrete, reinforced concrete (i.e. concrete with iron in it), roofing, tiles, bricks, wood and gypsum.

Downcycling concrete — using it as filling for roads, namely — is an increasingly common practice. Upcycling involves the use of old concrete to make new structures rather than creating virgin concrete.

This category consists of waste that doesn’t fit in the first three categories, including plastics, metals, paper, kitchen appliances, and air conditioning units.

Alternatively, waste can also be categorized by material type, which is often highly correlated with the history of the area it’s been pulled from. For instance, a community surrounded by 19th century buildings will have plenty of masonry waste, whereas a community living in a cul-de-sac in the suburbs is more likely to produce a preponderance of wood waste.

The materials found in construction waste can be broken down into the following broad categories:

Wood debris is one of the more prevalent waste materials, seeing as it is used in concrete forms, scaffolding, and wooden frames. Wood waste encompasses plywood, manufactured wood, and crates, among other things.

This type of waste tends to be the easiest to recycle and reuse.

Plastic waste includes polyethylene terephthalate (PET), and high-density polyethylene, also known as HDPE. Generally, plastics are downcycled, which means that they are recycled into something of a lower grade or type.

Asphalt, bricks, and concrete is often referred to as ABC waste.

Some materials pose more of a risk to the surrounding environment than others. According to formal classifications, materials are considered hazardous when they have one of the following qualities: ignitability, reactivity, corrosivity, and toxicity. For example, any material containing asbestos or lead will have a more adverse effect on the environment than simple glass or cardboard. 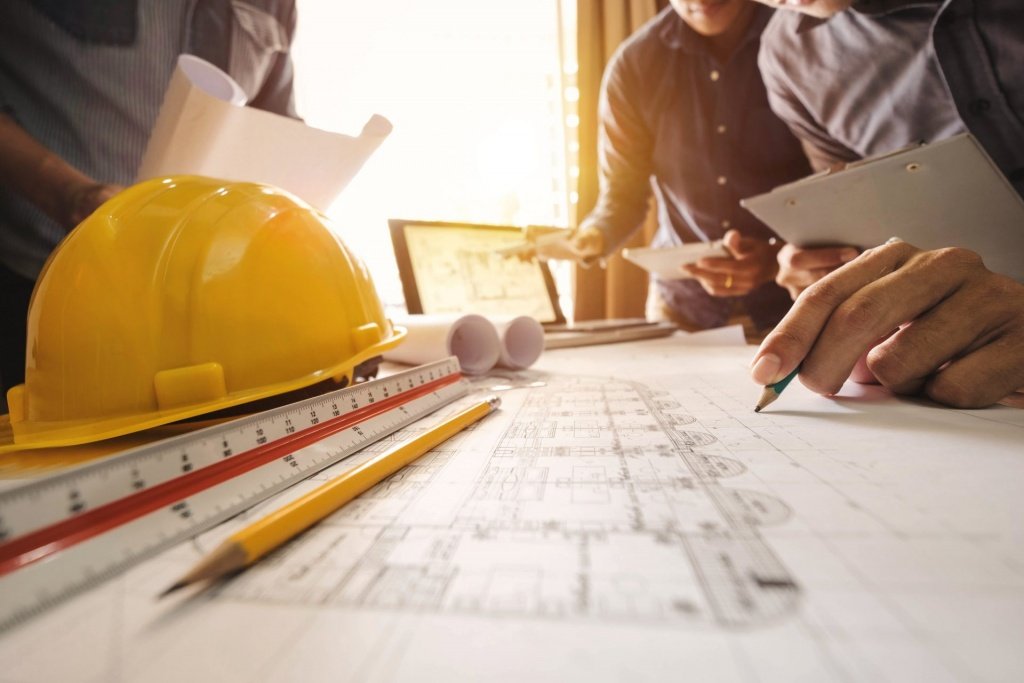 What can construction businesses do to help?

Although there are numerous obstacles to the adoption of sustainable building practices, construction waste reduction is more important today than ever before: energy costs are rising, excessive pollution has been linked to global warming, and natural resources are increasingly depleted.

Furthermore, markets don’t account for externalities, such as carbon dioxide emissions that pollute the atmosphere or the adverse effects of a landfill packed with hazardous materials. In other words, incentives for recycling and reusing materials need to be put in place to ensure that more businesses opt for sustainable practices.

“Federal and regional governments define waste management policies,” says Chris Baril, editor at Hitachi Capital Canada, a company that specializes in construction equipment financing. “At the very least, businesses should acquaint themselves with these regulations and make sure that they have the correct interpretation of them.”

On a daily basis, there are several things contractors can do to minimize their projects’ eco-footprint. For instance, by substituting metal forms for wooden ones, contractors can eliminate plenty of wooden waste. As for minimizing waste, contractors can insist on construction products coming with minimal packaging, thus reducing the amount of paper and cardboard that gets thrown away. When it comes to reusing materials, the main goal should be to identify materials that are still functional or can still be used, such as windows that are in a decent condition.

The overall objectives should be to eliminate construction waste where possible, minimize it when it is a necessary evil, and reuse the materials that can be reused — all of which takes careful planning.

As builders with a global consciousness, Accent Renovations actively reduce reuse and recycle. Refurbished and repurposed materials are hallmarks within our designs. We consistently donate items to the Habitat for Humanity ReStore as standard practice.

If you want to work with a company that supports the local economy and preserves our environment with every project contact us today to get started. Accent Renovations in Kelowna is happy to transform your dreams into reality!

About the author: Emelina Vigier writes for Awareness, an eco-friendly lifestyle blog.